“Because once you become a parent, you learn that love can involve more fear than you had ever imagined, and you never quite look on the world in the same way again.”

Teresa Driscoll‘s 2017 thriller, I Am Watching You, follows Ella Longfield, a hard-working mother who overhears two attractive young men flirting with teenage girls on a train. At first, she thinks nothing of it, until she realises that they are fresh out of prison and her maternal instinct is put on high alert. But just as she’s decided to call for help, something stops her. The next day, she wakes up to the news that one of the girls has disappeared. What would it take to make you intervene? Someone knows where Anna is, and they’re not telling. But they are watching Ella.

I’ve been reading a lot of thrillers recently and often find myself disappointed when they try to make an impact by being extra shocking or disturbing, but that don’t succeed in doing so because they forget about development and consistency. But there’s none of that nonsense in Teresa Driscoll’s I Am Watching You. It’s a straightforward thriller with no motive, and because of that, I thoroughly enjoyed it.

The story flows really well so I wasn’t in a rush to get through it. I simply enjoyed the journey, which isn’t always the case with thrillers. It switches from a first-person narrative by Ella as she witnesses the event, to a mixture of third-person narratives from others involved. This structure really works as you get to see the whole picture of what’s going on, while still having Ella and her guilt at the forefront of it all.

The final reveal is slightly disappointing as nothing was really hinted at regarding the culprit, so there could have been more development in that sense. But I Am Watching You isn’t the type of thriller that relies on a big twist at the end to impress readers, as the well-told mystery feels more about the effect it’s had on those involved, and instead looks at the story from a variety of points of view in search of the truth.

I liked all of the characters and thought they were all developed well, but I did want to hear more about them at the end. Driscoll does attempt to tie up all of her loose ends, and although I was worried that it was wrapping up too quickly when I got to the epilogue with still so much that I wanted to know, it didn’t feel rushed. Bu with a focus on Ella and Mrs Ballard, I wanted to know more about how Matthew is looking at his future and for Sarah and Lilly to find some justice. Because I had come to like these characters, I just wanted to see them get better closure for their individual problems.

There are some hard-hitting descriptions of child abuse but I think Driscoll handles the subject well. Again, a better conclusion was needed for this, especially in a time when we are being encouraged to publicly speak about sexual abuse and ensure that abusers don’t get away unpunished, but this is my only criticism.

Aside from that, I Am Watching You is an easy story to connect to, especially as a parent, and it’s a quick read that–while it may not grip you or fill you with anticipation–will keep you interested in Driscoll’s writing. 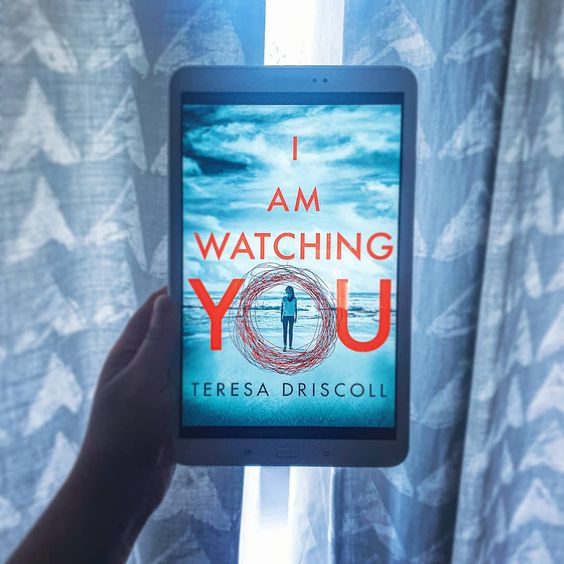