Here Is The Beehive by Sarah Crossan is set to be released next week on 20th August. The story is written completely in verse and follows lawyer Ana who receives a phone call from a woman declaring that her husband has died. The husband is the man that Ana has been having an affair with for the past three years, meeting in hotel rooms and coffee shops, swiftly deleting texts after brief snatched weekends where they have built a world with none but the two of them in it. Now, Ana finds herself alone, trapped inside her secret. How can you lose someone the world never knew was yours? How do you grieve for something no one else can ever find out? In her desperate bid for answers, Ana seeks out the shadowy figure who has always stood just beyond her reach – Connor’s wife, Rebecca.

Thankyou to NetGalley for a free advance copy of this book in exchange for an honest review.

Here Is The Beehive is unlike anything I have ever read before, and I’m not sure if I loved it or am left disappointed by it. Easy to divulge in one sitting because of the poetic structure, it is a beautifully written book but one that feels claustrophobic in its central character’s depression.

Ana is the other woman in an affair, grieving for a man that nobody else knows she even knew. Part of her is full of regret and shame, and the other is left completely heartbroken. But mostly, she’s full of bitterness. She’s bitter because a woman that Connor didn’t love is being comforted for her loss, while Ana is forced to go back to her unhappy life as if nothing ever happened. But did he still love Rebecca? Would he have actually left her? We follow the torment in Ana’s mind as she tries to piece things together for herself, a painful journey that isn’t always easy to read.

Affairs aren’t something you can easily relate to, so it’s a story that we shouldn’t really sympathise with because Ana is admittedly in the wrong. But is it so bad that she found happiness? That she wanted to be loved so badly? I felt a little empathy for her at times because the heart wants what the heart wants, and I set aside my judgement to understand her side of the story, but her misery weighs you down so much that you can’t see the justifications in her actions.

I wanted to know more about why Ana and Connor started their affair in the first place. Why did she find him attractive? What sparked their connection? Maybe this was to ensure that we didn’t feel connected to a relationship that was based on deceit, but I didn’t feel any passion between them. They both just seemed constantly unhappy. Ana was never satisfied, which made her impossible to engage with. But I can see why she’s written this way. Affairs show us the worst in people, and that’s certainly what Here Is The Beehive does.

But I kind of admire this bleakness, as well. It’s sharp and blunt and isn’t flowered with positivity just to make it feel more approachable, so I love how true to life it is at the same time. But Ana’s mood is so dark. She’s destructive and full of self-hate which makes it an uncomfortable read, for the most part. I felt her pain, but I wanted to feel her heartbreak, and for that, I needed to feel the love between her and Connor.

Although its fluid narrative makes for an easy read, it’s easy to get disorientated between the past and present because of the book’s structure and confused over different characters when you aren’t allowed the time to be introduced to them properly. There’s also a transphobic comment by one character which seemed completely unnecessary. There are many hints to modern issues such as email scamming and gender dysphoria which I liked, but this one comment wasn’t needed without any more being said about it, especially when it was the only conversation Connor had with Ana before their affair started.

I’m torn with my rating on this book. Part of me wants to rate it a four because of how emotive and raw it is, and I love a story that makes me feel sad. I also love the prose and there are so many beautiful lines of text, but I just didn’t like the characters, which is what makes me want to rate it lower. Either way, it’s certainly a book that I will be thinking about for a long time. 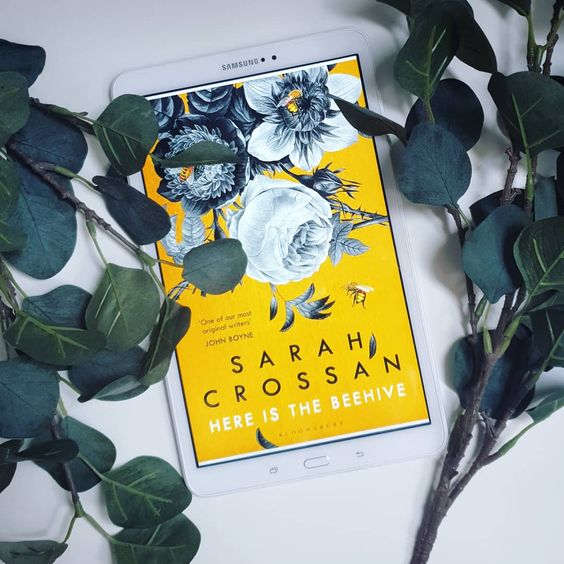