“Women shouldn’t judge each others lives, if we haven’t been through one another’s fires.”

Written by Lisa Taddeo an published in 2019, Three Women is a non-fiction story that follows the sexual and emotional lives of three women from different backgrounds and regions of the United States. Lina is a suburban Indiana mother who’s stuck in a sexless marriage and starving for affection, Maggie is a seventeen-year-old high school student from North Dakota who finds a confidant in her married English teacher, and Sloane is a successful restaurant owner in the Northeast whose husband likes to watch her have sex with other men.

Three Women feels like a significant read as it really gets you thinking about your own body and sexual experiences, which I think is really important. Our sexual desires aren’t something that many of us feel we can openly discuss as–I believe–it is still seen as unacceptable for women to be so open about their needs and experiences. We are still so harshly criticised by others–both men and women–so it’s encouraging to read the story of three women who feel able to do so.

But I think your liking of this book depends on your understanding of what it’s about. It’s certainly not what I thought it was going to be. Firstly, I didn’t realise that this was a non-fiction book when I bought it. But that doesn’t necessarily matter because it reads like fiction, although you can tell that the stories are very personal. However, that does diminish the journalistic qualities and therefore doesn’t hit you with a powerful message as it could have done.

That being said, it’s much easier to read this way. The message is still there, but it’s subtle. Instead of using these three women as a showcase of experience, it turns them into relatable characters that many–but not all–women will identify with in one way or another. Because of that, I admire what Taddeo is trying to achieve, especially as there is no judgement involved.

Three Women, instead, is an honest look at the power–or sometimes lack of–that we have with our bodies, about how they make us feel and how everything psychological can manifest in how we use them. As she says, our desire has such a power over us that it’s about time we recognised the force that it has and feel more open to discussing it.

It certainly got me thinking about how sex can determine how I personally feel about myself, especially during my younger years. Sometimes, sex would fill a gap, making me feel fulfilled, desired, and complete. But without it, I can feel empty, unwanted, and almost like I don’t exist at times. I am by no means saying that this is the right or even a healthy attitude to have, but sometimes we use our bodies when we’re down just so that we can feel in control of something. Other times, we are made to feel like we’ve lost power when somebody else takes that control away from us by making us feel differently about our relationship with ourselves. I didn’t realise before reading this just how much my emotions have reflected on my attitude towards my body at that time, but now I see that there has often been the link there.

Obviously, I can’t speak for every woman, but this book definitely got me thinking. I think because I related to each of these women in some way, I found it very engaging. And that’s what I loved about it, even if it wasn’t a fictional story of passion and lust that I thought it was going to be. But not all sexual experiences are good ones. Rather, it’s a book about how important our sex lives are to us and how it’s time that we felt free to admit to our desires, fetishes, and needs without the fear of being scrutinized.

But I can also see why many don’t feel the same way about it. It only represents a very small minority of women and I did hope for a better range of experiences. My main criticism is that while all three of these women are open about their sexual needs, they are all still controlled by a man’s actions. I think it would have been great if there was an additional narrative that explored the life of a woman more in control, owning her body more, and whose life hadn’t been negatively affected by a man. Maybe even a fifth story, too, about a woman whose desire didn’t rule her life, as I’m sure it’s not the case for everybody.

Although I did connect with the story, the book didn’t quite have the impact I thought it was going to have in the end. It certainly opens up some discussions, but I think the reason it feels like fiction is because it doesn’t have enough to say, nor does it give a good enough representation of women in general. Nevertheless, Taddeo’s writing is beautifully descriptive and she tells these three women’s stories respectfully, there just needed to be more of a balance. 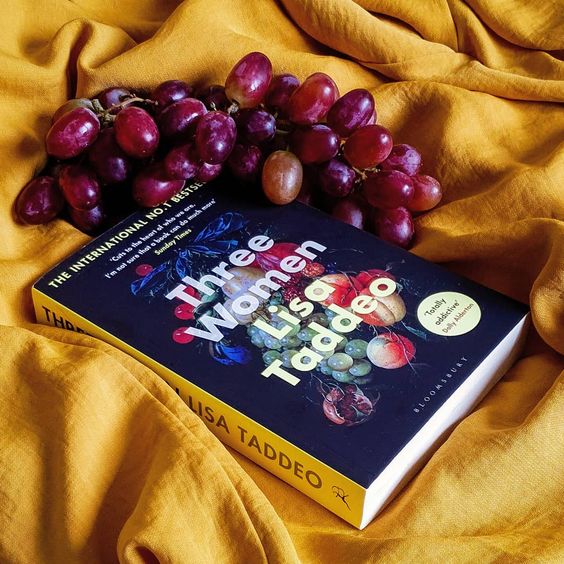