Written by Suzy Blackledge, Jessicaca follows thirty-one-year-old Jess who isn’t having a great time lately. She has the most boring job in her company, her boss tries to place the blame on her every chance he gets, and she’s just had to sack one of her best friends. As for the men in her life, they all seem to be morons, cavemen, or serial womanisers. Then she meets Steven. Mature, handsome and ever so enticing, Jess starts to think he might be the solution to a lot of her problems. The only issue is he’s younger. MUCH younger.

Thank you to the author for a free advance copy of this book in exchange for an honest review.

If there’s one thing that I will remember Jessicaca for, it’s the powerful voices that it gives to its female leads, who unashamedly like to enjoy a few cocktails after work as they try to find a partner who will lead to more than just sex. Jess and Soo have experienced enough men who will roll over in bed to check their Tinder messages, and it’s these honest conversations that I will take away from this debut book most of all.

The blurb compares this book to Eleanor Oliphant and The Flatshare, and while I definitely saw a bit of Eleanor and Tiffy in Jess, there wasn’t as much going on in regards to the plot to make it as exciting, for me. Although there were a number of funny and sexy scenes that stood out, the big events were too few and far between to keep my interest fully piqued.

There were two things that really prevented me from fully engaging with this book. The first was because of the heavily condensed narrative. Sometimes this worked because I enjoyed Jess’ perception of things, but the plot was quite slow-moving so it took me a while to get into. Although I was eager for things to progress more quickly, the final few chapters really grabbed my attention, though, so it certainly picked up the pace in the end.

The second issue was that I struggled to relate to Jess. I thought that because I’m 29, I would agree with her outlook on life. But maybe it’s because I met my now-husband at 22 and haven’t gone out ‘clubbing’ in a long time, so I’ve never had to try and find a man old enough amongst the youngsters that now frequent the bars and clubs, but I felt that Jess acted a lot younger than her age.

Jess is a very genuine character and there was a lot that I liked about her, but I often felt like I would act differently to her in almost all of her situations (apart from the last one where I applauded her for standing up for what’s right). I really liked the steamy sex scenes, but then these scenes would be followed by a conversation between Jess and Steven about being scared of “doing stuff”. There just seemed to be two sides to her character at times, so it was things like this that led my engagement to be so up and down.

What I like most about this book, however, is that it addresses some really important issues regarding the healthy sex lives of women, abortion, body image, and sexism in the workplace. There’s certainly a lot of impressive qualities to pick out about Suzy Blackledge’s Jessicaca, but it is the kind of story that will depend on your relatability to its lead characters, so it was only the personal connection that was missing for me. 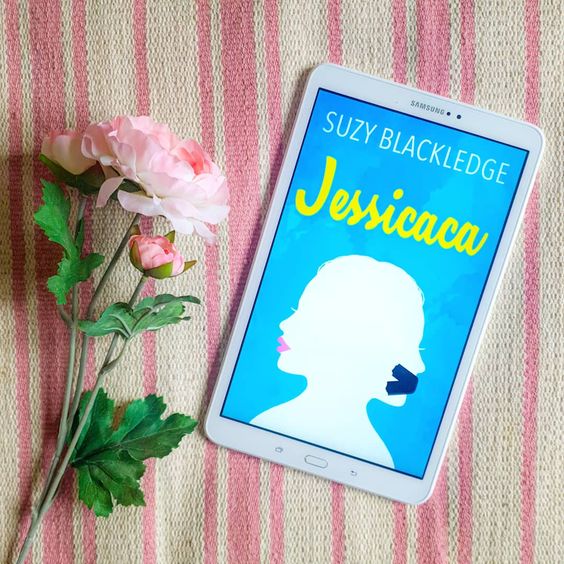